9/21/2022
The Community Book is read by the faculty and older students (Grade V and up) over the summer.  Then, in September, everyone comes together to share their thoughts on the book. 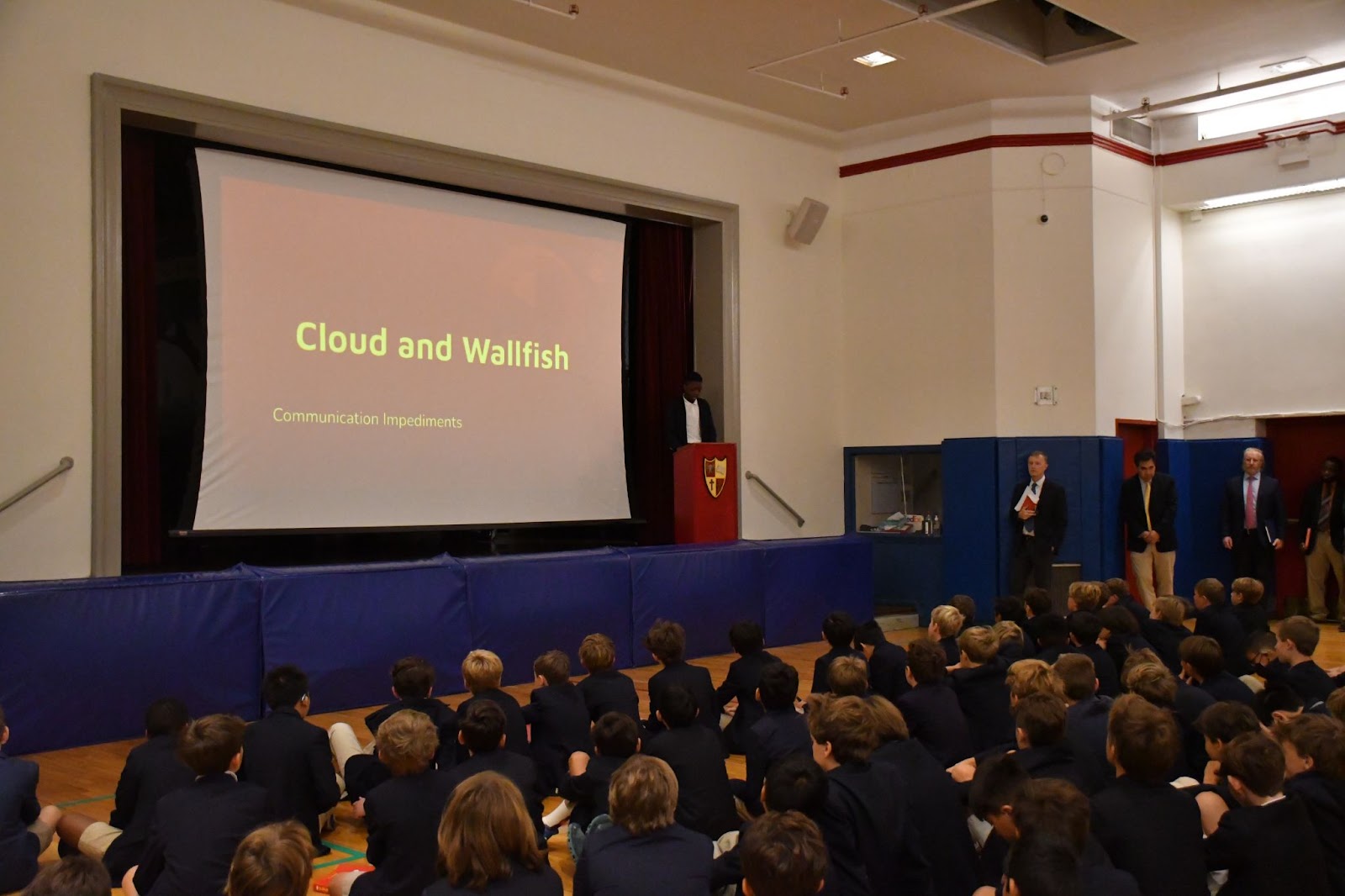 This year’s selection was Cloud and Wallfish, a novel by Anne Nesbet set in 1989.  The story follows an eleven-year boy with a speech impediment (“The Astonishing Stutter,” he calls it) who is uprooted to East Germany under a cloud of secrecy.
In an assembly in the Small Gym, three eighth graders spoke about aspects of the Cloud and Wallfish that particularly resonated with them.  Oliver W. discussed the German Democratic Republic’s use of propaganda to manipulate its citizens.  Jeremiah P. highlighted the main character’s friendship with a girl named Claudia who was also an outsider trying to make sense of the world around her.  “I greatly enjoyed this part of the book because it shows that Noah and Cloudia unite even when they were in a foreign and hostile environment not knowing if they would ever return home. They use their sense of imagination to create a coping device that can blot out the sadness in their lives.”  Lastly, Elliot C. spoke on morality: “...the overall realism in the book is superb, as is the moral complexity of the characters.” 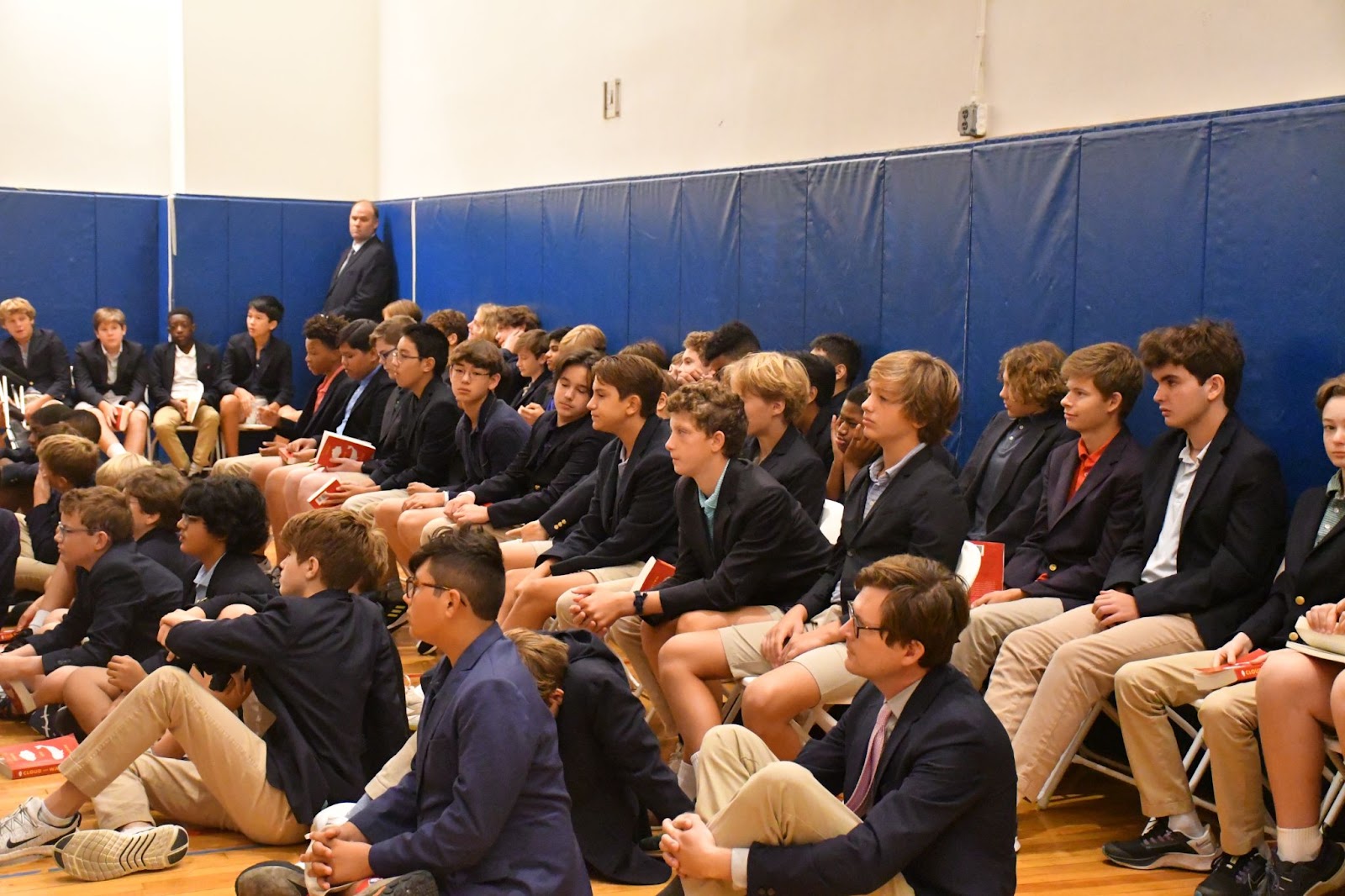 Mr. Schwartz shared a fascinating video in which journalist John Henrickson explains what it feels like to stutter.  Ms. Nelson, head of the art department, showed us pictures of the incredible artwork that was painted on the west side of the wall.  Mr. Krasavage shared a moving story about a couple who were reunited through one of the secret tunnels under the wall.
Mr. Bowcock organized nineteen small discussion groups that were a mix of boys from different grades.  The book was a popular one and the group discussions were quite lively.  For a community that loves to read, this was a wonderful way to start the year. 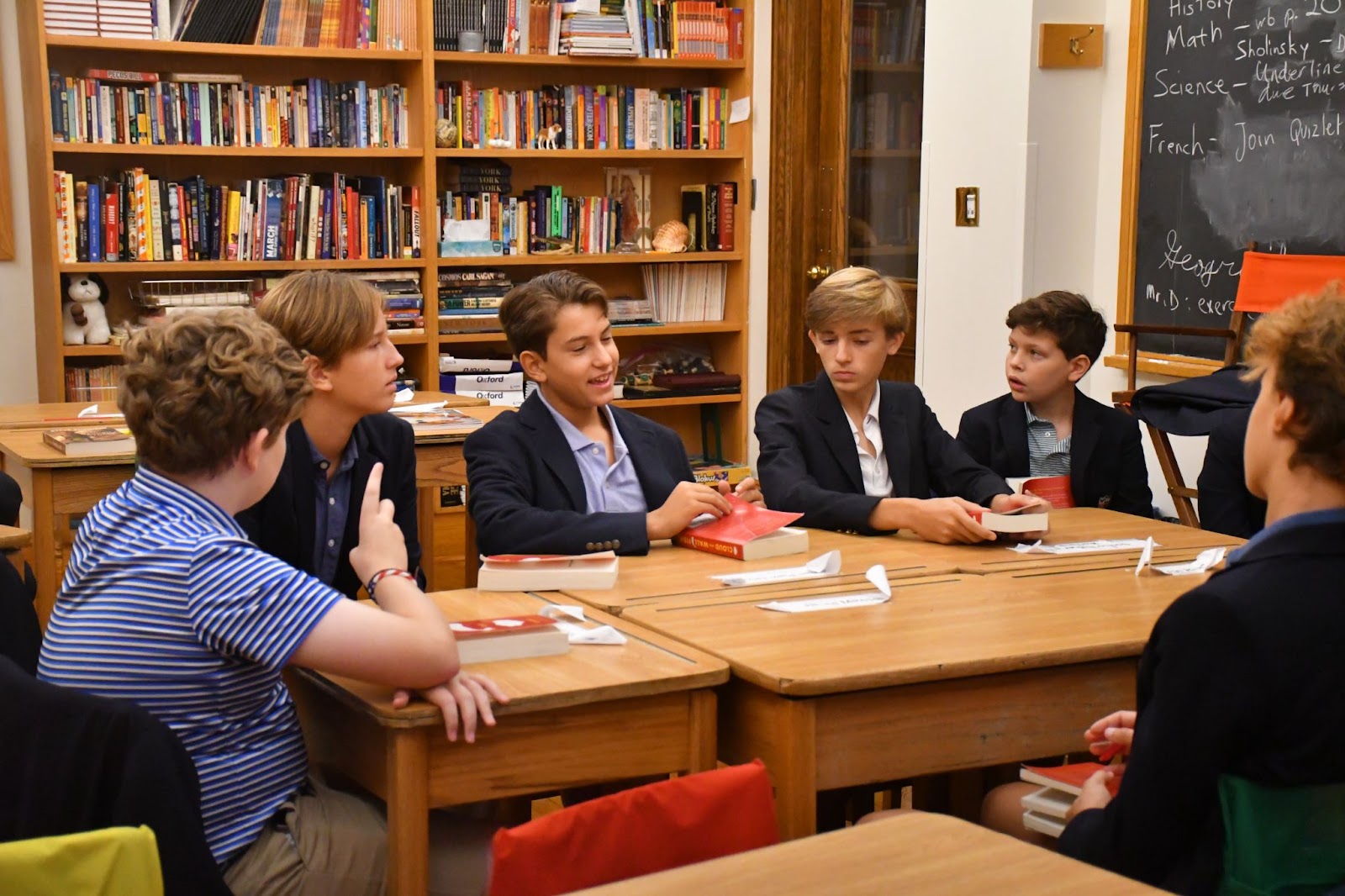