9/16/2022
We are pleased to introduce the new faculty and staff members who have joined us this year.  We wish them a warm welcome to St. Bernard’s.
Kathrynn Antos
Grade I Associate Teacher 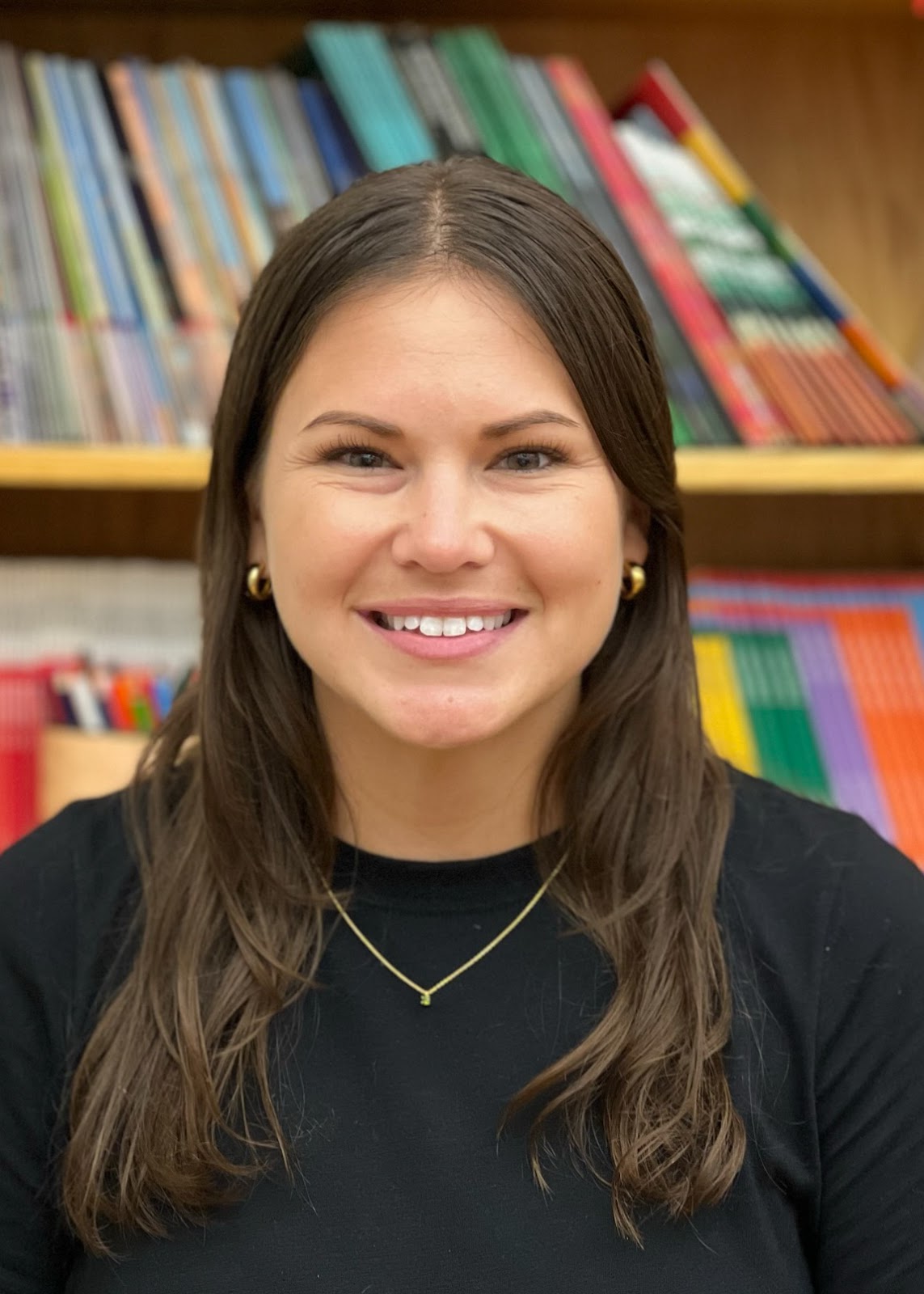 Kathrynn Antos was born in Bayshore, New York, and lived in Florida and New Jersey before relocating to New York City in 2016.  She earned a bachelor of psychology and a master’s degree and dual certification in elementary and special education from Rutgers University in New Brunswick, New Jersey.  Ms. Antos has fulfilled numerous roles in special education and general education from pre-k to fifth grade.  As a member of the Urban Teaching Fellows program in the Graduate School of Education at Rutgers, Ms. Antos studied and gained a broader perspective of the inequalities in the education system.  She is looking forward to becoming an active participant in the St. Bernard’s Diversity, Equity, Inclusion, and Belonging Committee.  Ms. Antos enjoys traveling to learn about different cultures, playing tennis, running, practicing yoga, cycling, watching films, discussing philosophy, and taking care of her plants and her cat, Joey. 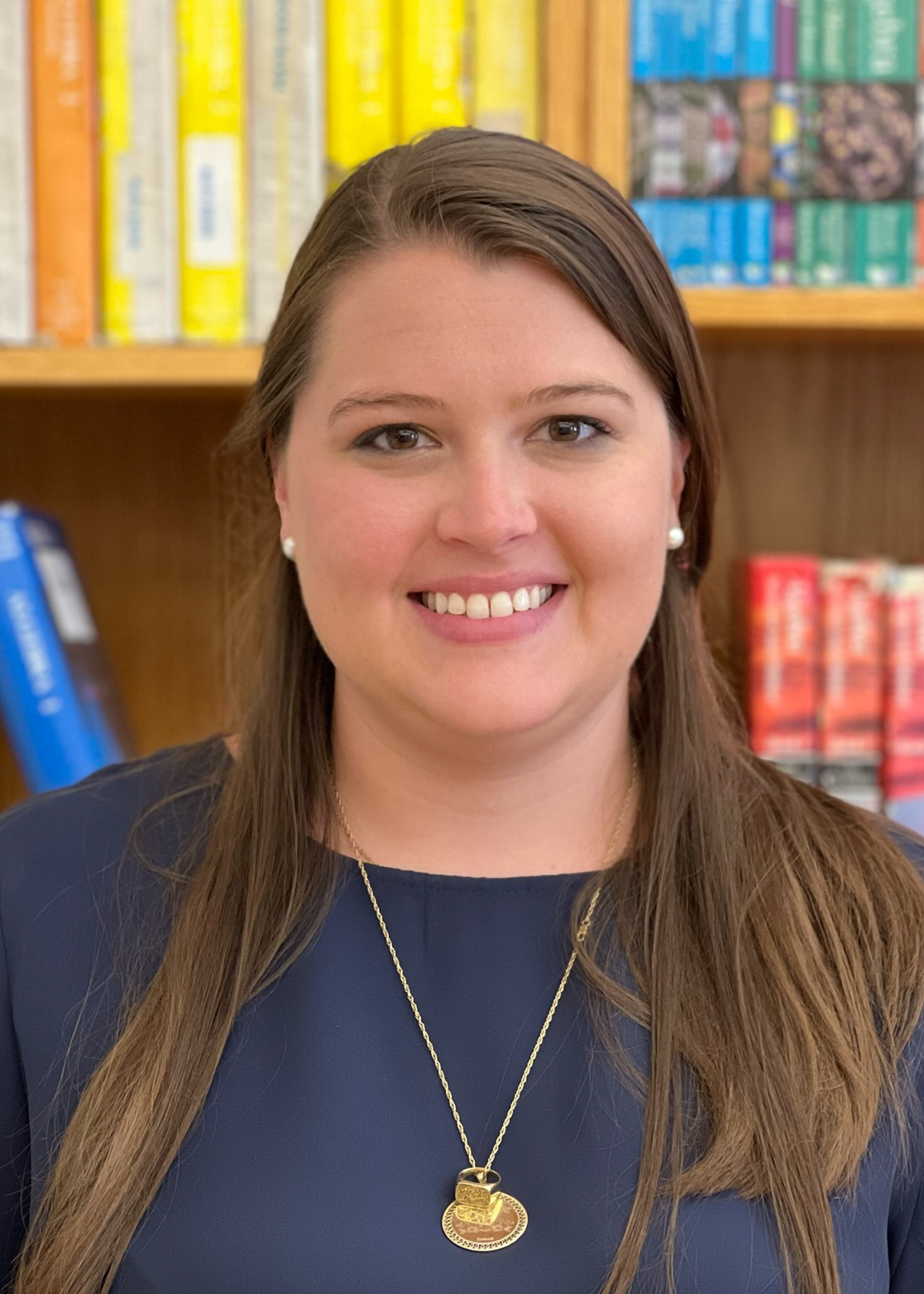 Luci Edgar grew up in Bedford, New York.  She attended Denison University and Purchase College as an undergraduate, where she studied film and communications.  After graduation, Ms. Edgar decided to pursue a career in teaching through the New York City Teaching Collaborative, which allowed her to begin teaching in New York City public schools while simultaneously getting her master’s degree in secondary education from St. John’s University.  Ms. Edgar previously taught middle school math in the Bronx and Harlem.  She loves working with kids and is thrilled to be a part of the St. Bernard’s community!  When she’s not at school, Ms. Edgar enjoys spending time with her family and friends, reading, watching movies and TV shows, and traveling. 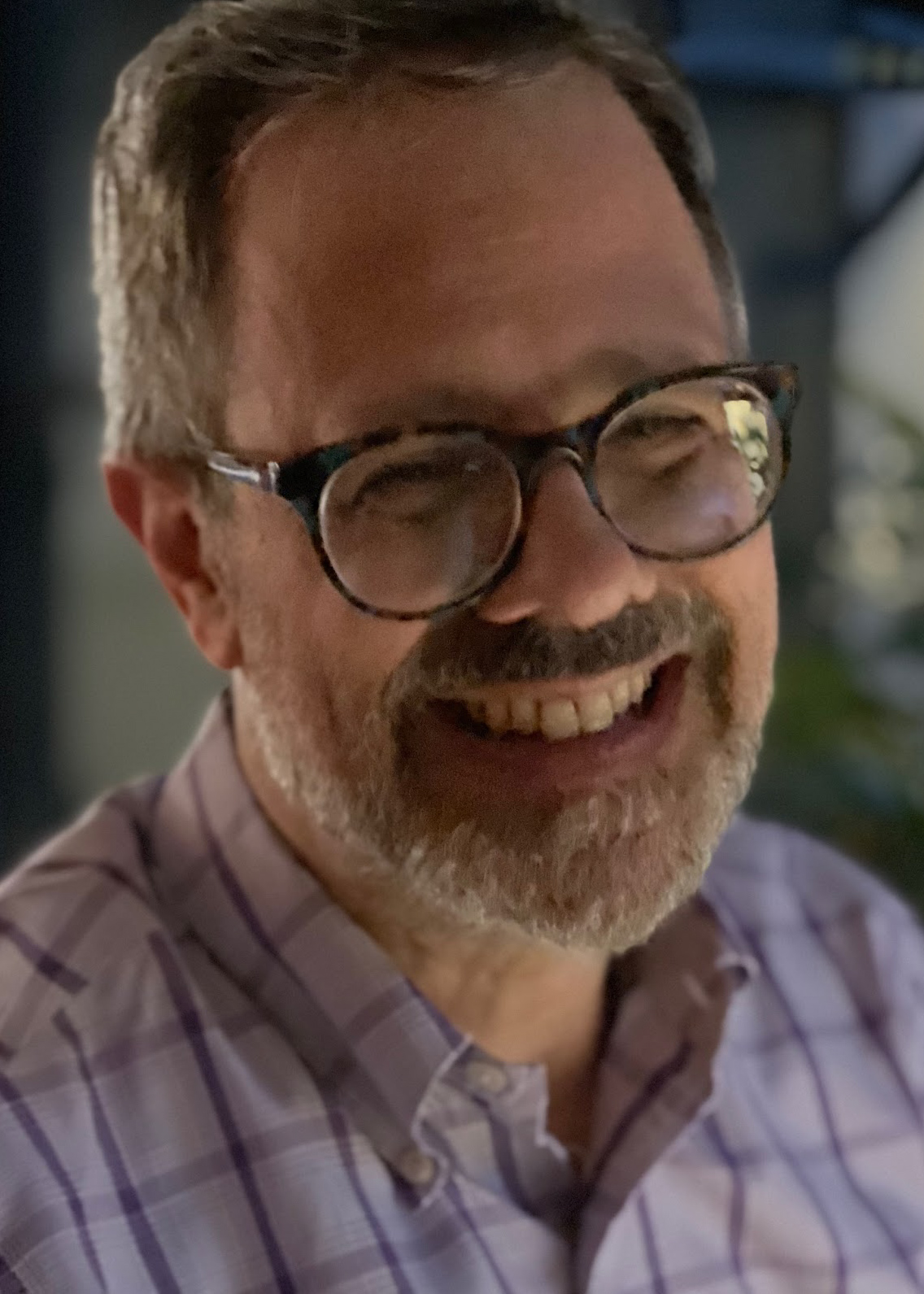 Howard Handler was born and raised in Columbus, Ohio.  He attended an all boys school not unlike St. Bernard's called the Columbus Academy.  He has a B.A. from Yale University and an M.A. in classics from Rutgers.  He taught Latin in the 1990s at the Pingry School in Martinsville, New Jersey.  Then after two years of teaching at Choate Rosemary Hall, he taught for eighteen years at the Solomon Schechter High School of Westchester now renamed the Leffell School.  His son and daughter-in-law recently returned to North America after seven years abroad.  They have two children who seem to need a lot of babysitting whenever Howard is not at St Bernard's.  Mr. Handler enjoys theater and classical music performances whenever he gets the chance. 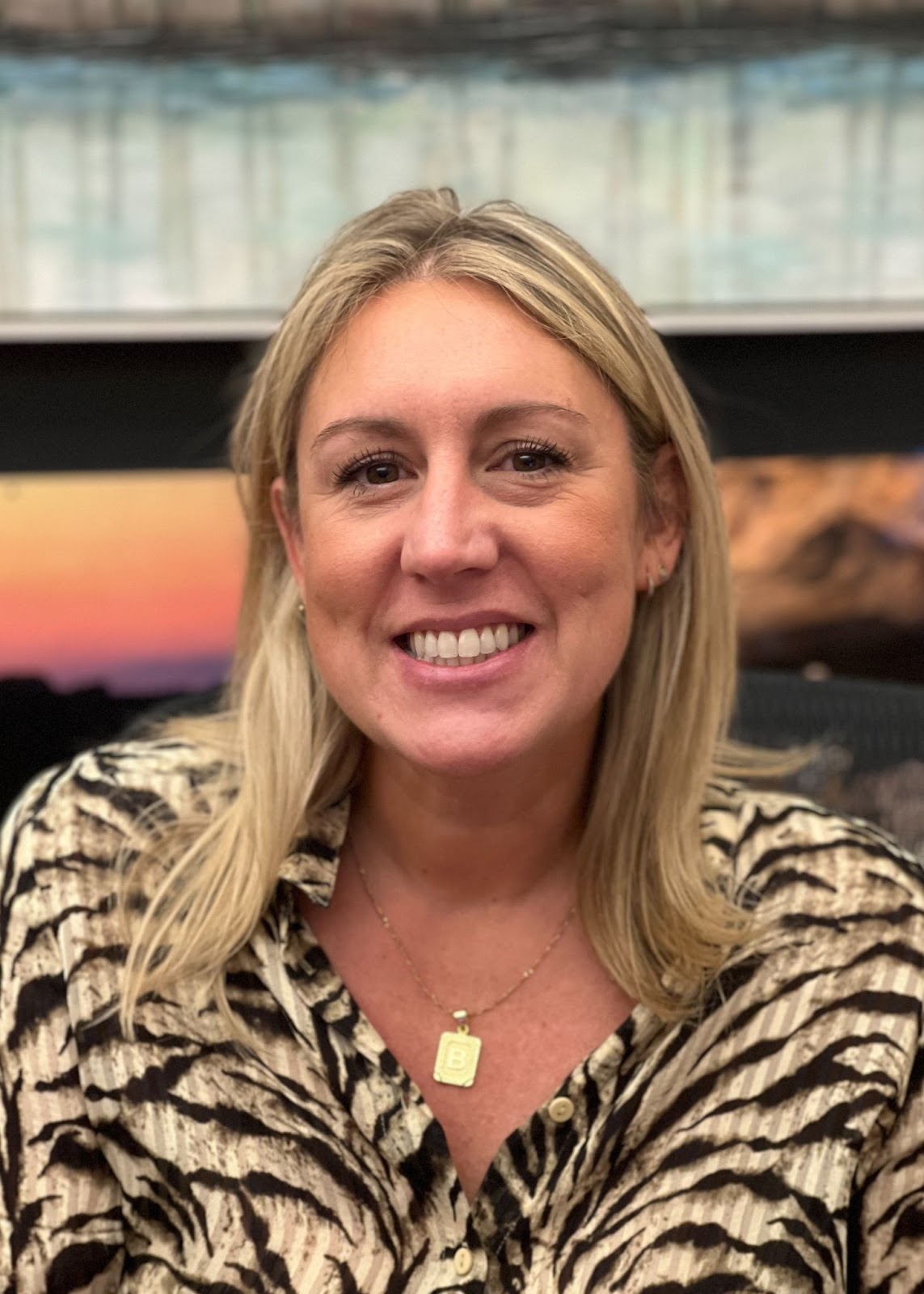 Allison Martin was born and raised in Maryland.  She started her love for nursing while volunteering at her local nursing home through middle and high school, completing her degree at Drexel University in Philadelphia.  She came to the city for the first time in 2007, headed to Chicago for a few years, and returned to New York City in 2010.  Ms. Martin has worked in many amazing hospitals in Baltimore, New York City, and Chicago.  For the past eleven years, she worked at New York Presbyterian in neuroscience.  Amid the pandemic, Ms. Martin made a choice to transition into school nursing to spend more time with her family.  She worked with St. Bernard’s on a part-time basis last year and is delighted to join St. Bernard’s in her new full-time role.  Outside of work, Ms. Martin enjoys spending time with her son, Benjamin, enjoying all the city has to offer. 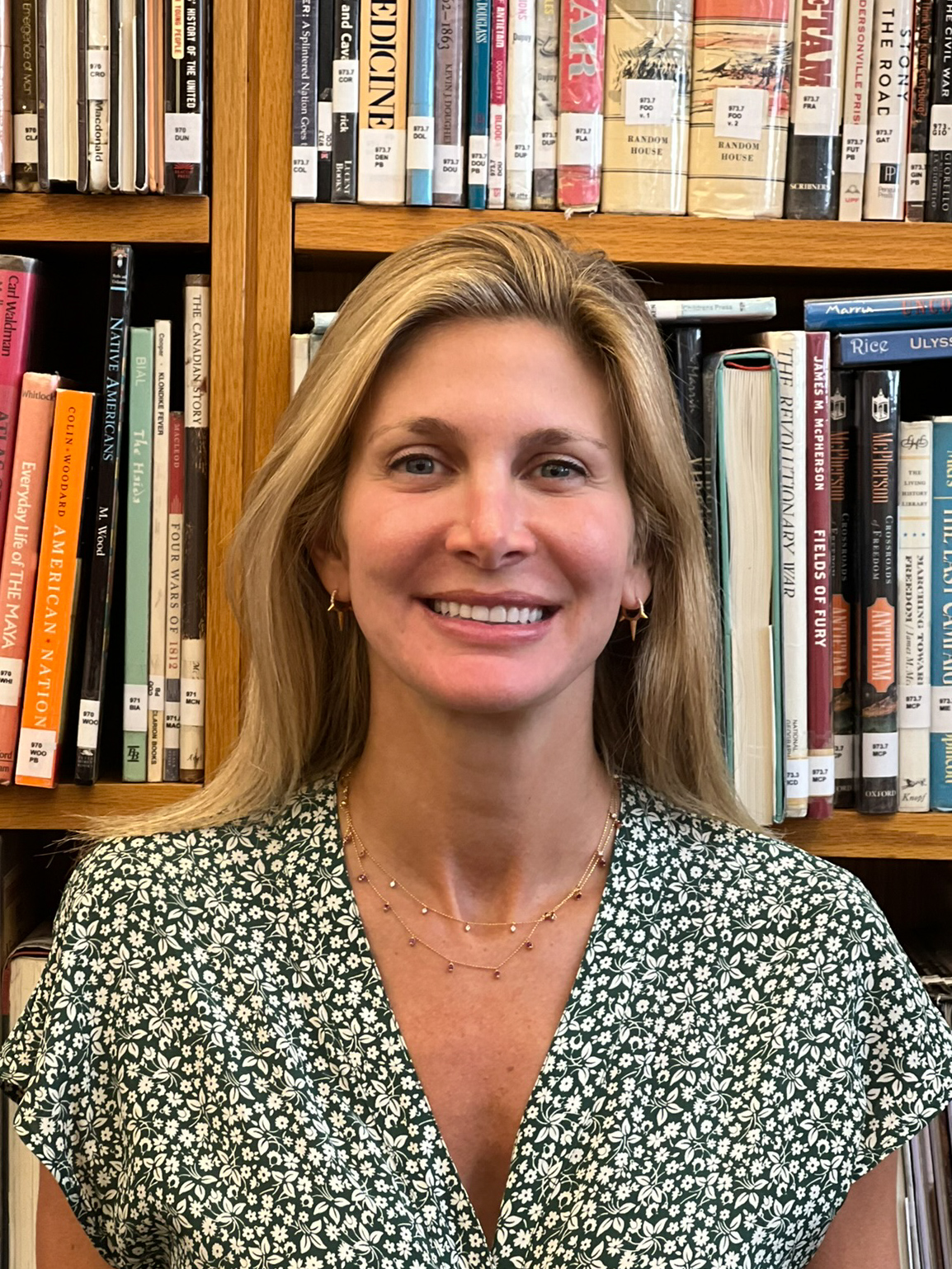 A native Texan, Alexis Moses graduated magna cum laude from Princeton University.  She subsequently moved to New York City where she began her career as a management consultant before pivoting to public relations, where her work focused on consumer and beauty markets.  More recently, Mrs. Moses has devoted herself to endeavors that align with her deep interest in education and philanthropy.  Mrs. Moses has served as a substitute teacher for numerous independent girls schools in Manhattan.  She has become particularly involved with The Nightingale-Bamford School where her daughter attends and where she is a tour guide and served as Parents Association president.  Her other education-related work includes ongoing involvement with Princeton University where she volunteers as a candidate interviewer and serves as a co-chair for her class’s Special Gifts/Critical Few fundraising.  She also serves as the president of the Women’s Association Board of The Brick Presbyterian Church, sits on the board of African Dream Academy, and has led development work for children’s educational programming at the Guggenheim museum. 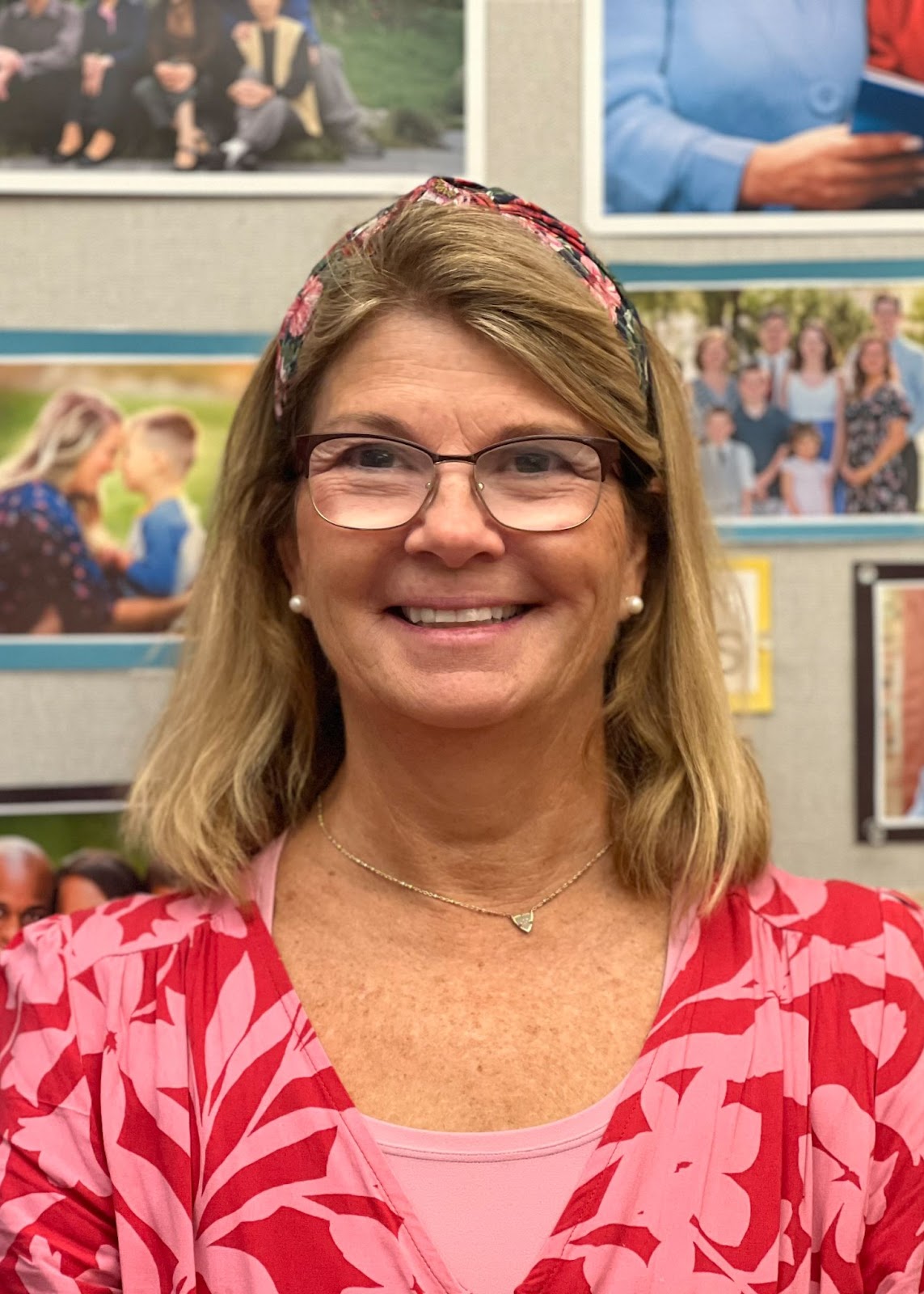 Eileen Motherway is a native New Yorker, born and raised in Stuyvesant Town.  After graduation from Notre Dame High School, she went on to earn her Bachelor of Science at Manhattan College in Riverdale.  Ms. Motherway began her professional career at Salomon Brothers, where she worked as a Fixed Income Analyst.  She began her teaching career at Kid Connection School in Montgomery, New Jersey, and most recently spent three years at Epiphany School in New York City.   This year will be her eighteenth year teaching and Ms. Motherway is extremely excited to now be a part of the St. Bernard family.  Eileen resides in the Carnegie Hill neighborhood with her husband Jim.  She loves to spend her time outside running, walking, and swimming, especially at the beach. 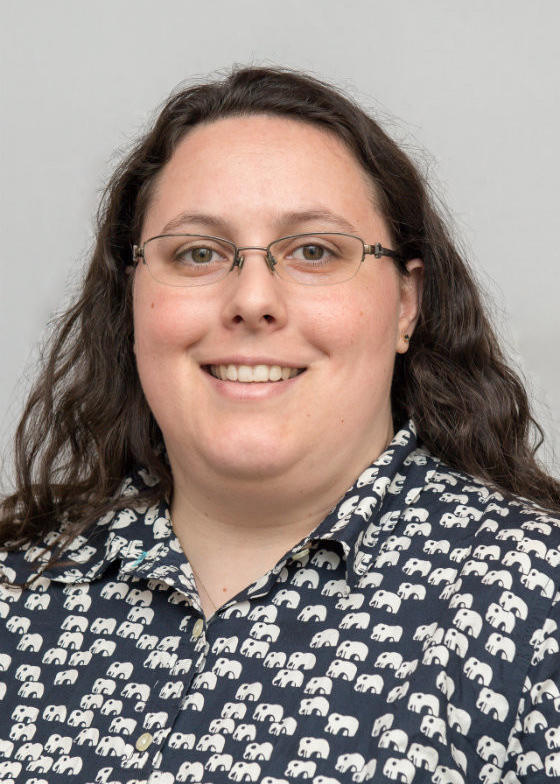 Emily Munro was born and raised in Pasadena, California.  In high school she played water polo, going to the Southern California state finals and the U.S. Junior Olympics twice (in ’05 and ’06).  She earned her bachelor’s degree in history of art and visual culture from the University of California, Santa Cruz.  She also studied abroad for a year at Georg-August University of Göttingen, Germany.  Ms. Munro moved to New York City in 2011 to pursue her master’s degree in Arts Administration at Teachers College, Columbia University.  Ms. Munro previously worked at St. Hilda’s & St. Hugh’s school for two years.  Prior to that she worked at the Children’s Museum of Manhattan for seven years as an Educator and then as a Specialist in Communications and Social Media.  In her spare time, Ms. Munro enjoys reading, writing fiction, and knitting. 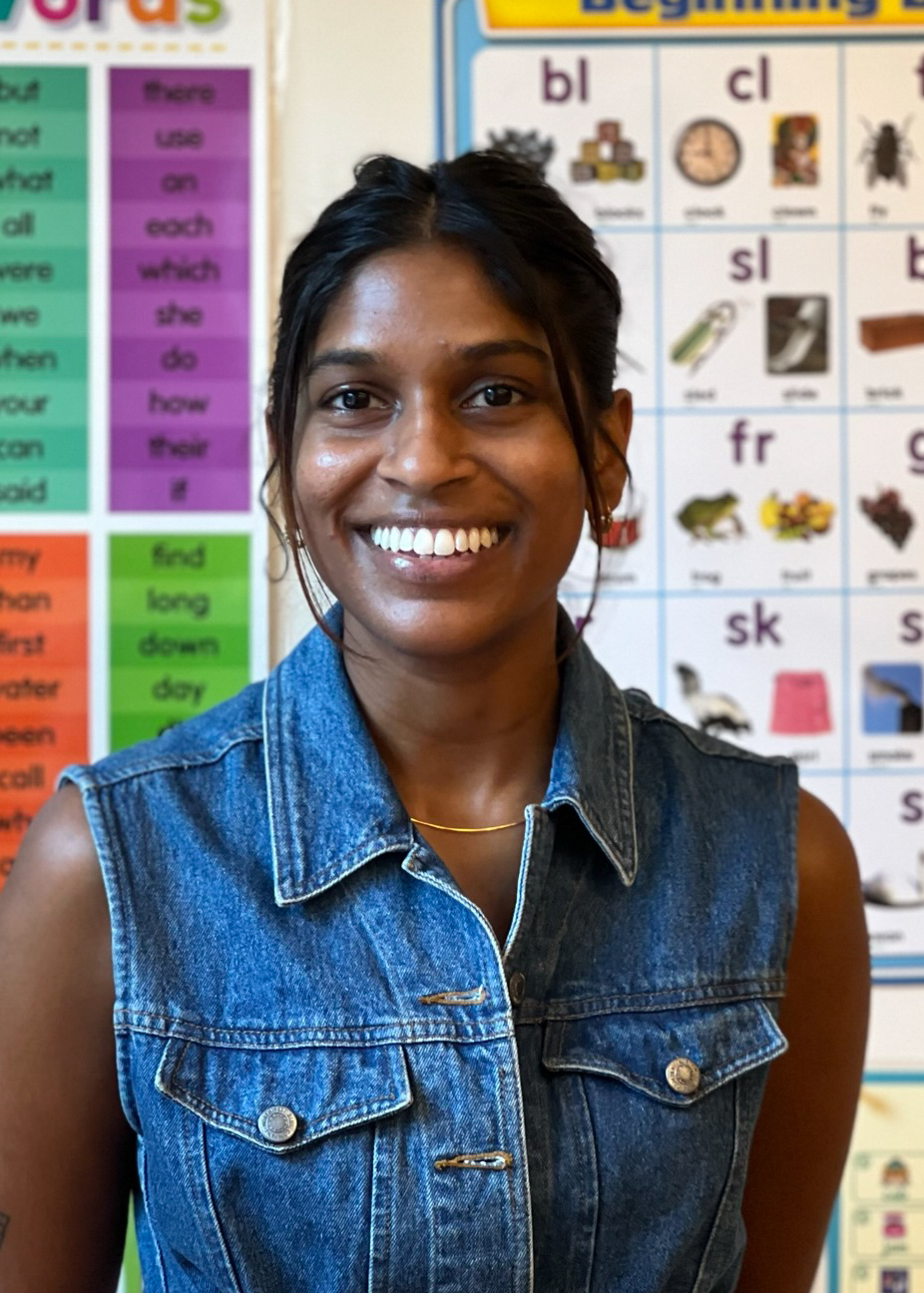 Shaneez Sackroolar holds a Bachelor of Science in business management from New Jersey City University.  While studying, she often worked as a caregiver which sparked her interest in lower school education.  In 2020, Ms. Sackroolar decided to pursue a career teaching English as a second language to bilingual students. After receiving her certification Ms. Sackroolar eagerly began her career as an associate teacher at a cooperative school in Jersey City,  her hometown.  During this time she was able to bridge connections between the benefits of a community-oriented classroom and social emotional learning.  Outside of school, Ms. Sackroolar takes part in biking and hiking groups.  Ms. Sackroolar is delighted to be a part of the St. Bernard’s community. 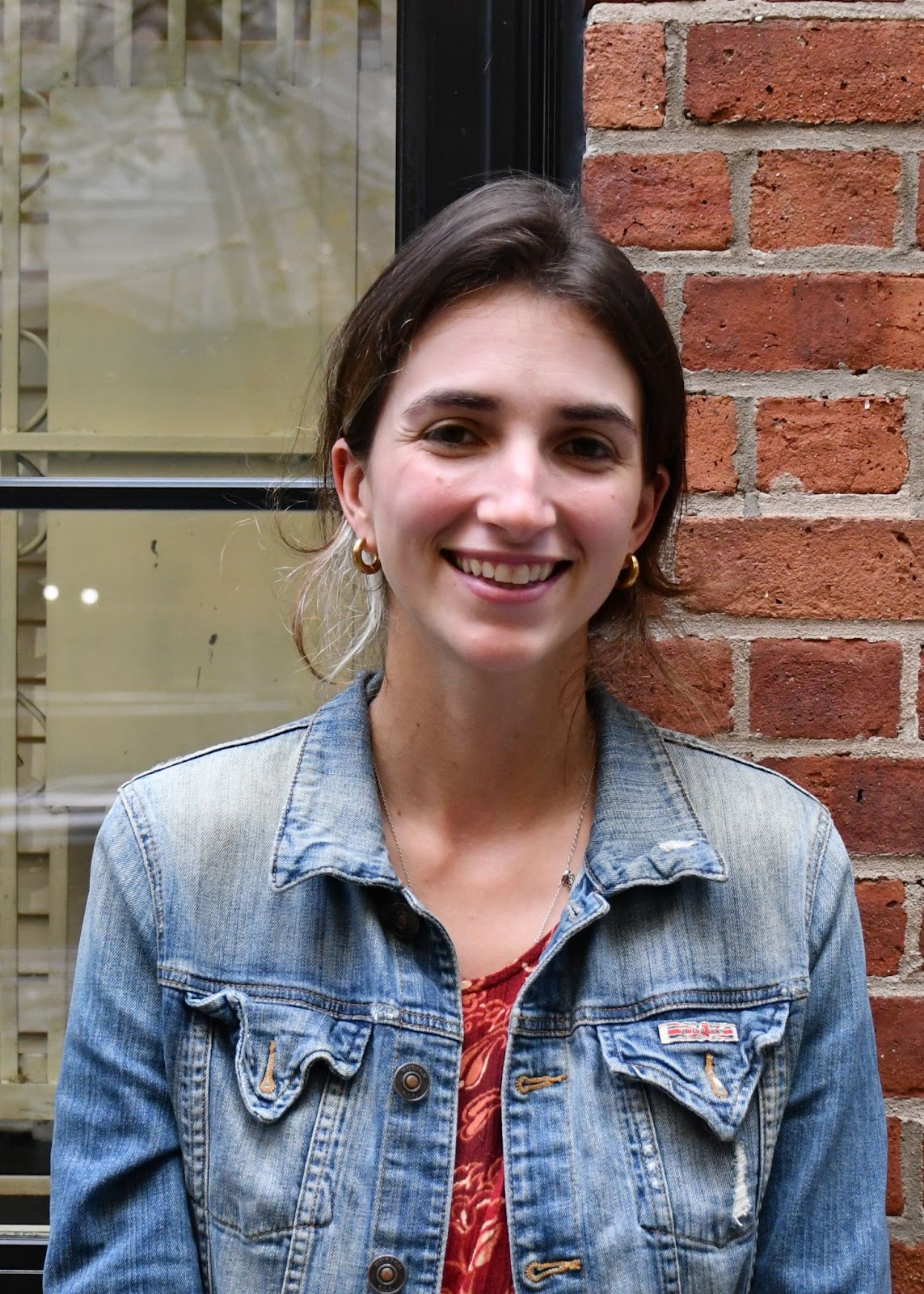 Nina Sapers was born and raised on the Upper West Side in New York City.  She went to Trinity School and then Harvard University where she graduated with a degree in English and a secondary concentration in African-American Studies. After graduating, Nina moved back to NYC and held a number of interesting and random jobs while writing for Reductress and performing stand-up comedy.  (But please do not ask her to tell you a joke.)  For the past four summers she has worked as a kids wrangler at the E Bar L Ranch in Greenough, Montana, taking kids on rides through the mountains as well as teaching shooting in the afternoons.  Outside of work, Nina enjoys writing, reading, and playing video games.  She loves working with children and is absolutely psyched to join the St. Bernard’s family as a kindergarten associate this year! 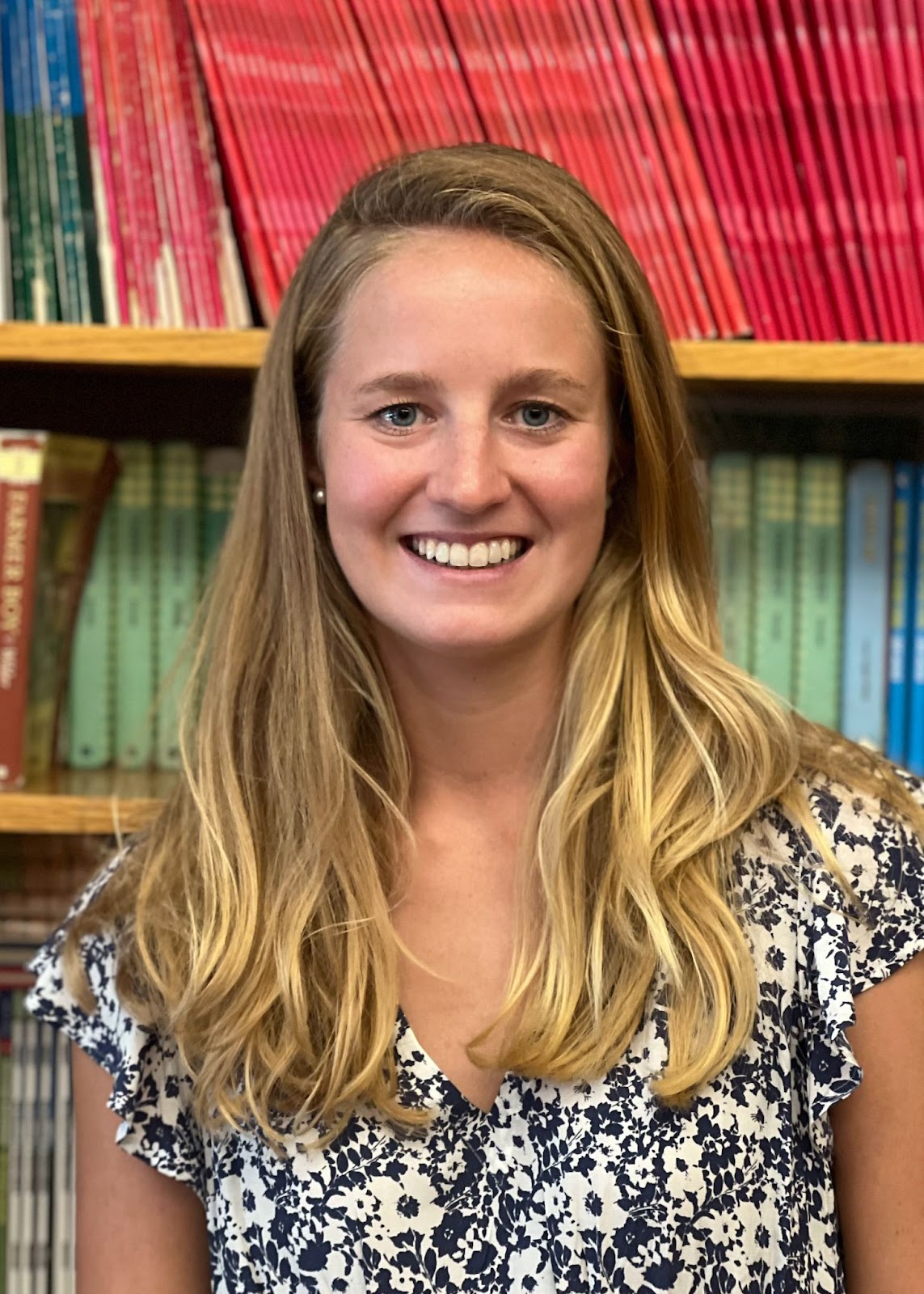 Caroline Wilson grew up in Locust Valley, New York, and attended the University of Virginia, where she received a combined bachelor’s/master’s degree in teaching in elementary education.  She was a student teacher in both a kindergarten and third grade classroom, where she worked closely with a mentor teacher, gradually assuming all lead teacher duties, including planning, instruction, assessment across all subject areas, and family relationships.  Ms. Wilson has a passion for young children, having worked eight summers as a camp counselor, nanny, and volunteer in three foreign countries, most recently in Tanzania, where she led and monitored academic, sports, and recreational activities for children aged two to thirteen.