5/19/2022
The Upper School Speech Contest has been held for over 30 years, making it a relatively new tradition at St. Bernard’s.  The challenge highlights one of the hallmarks of a St. B’s education: the art of public speaking.
Each Upper School boy must deliver a speech in assembly on the topic of his choosing.  Topics run the gamut from serious analysis of current events to slightly facetious lectures on animals.  These speeches are given from memory; no notes are allowed.  The classes then vote to determine which two students will represent their grade in the speech contest.  The finalists, two seventh graders, two eighth graders, and two ninth graders, were given a new topic by Mr. Bowcock and about a month to prepare.  This year’s subject was “comfort food.”

All six speakers spoke eloquently and with confidence.  It was hard for the judges to reach a decision, but in the end, the winner was Harry M. of Grade VII; Holden MacD. was the runner-up.  Bravo to all involved. 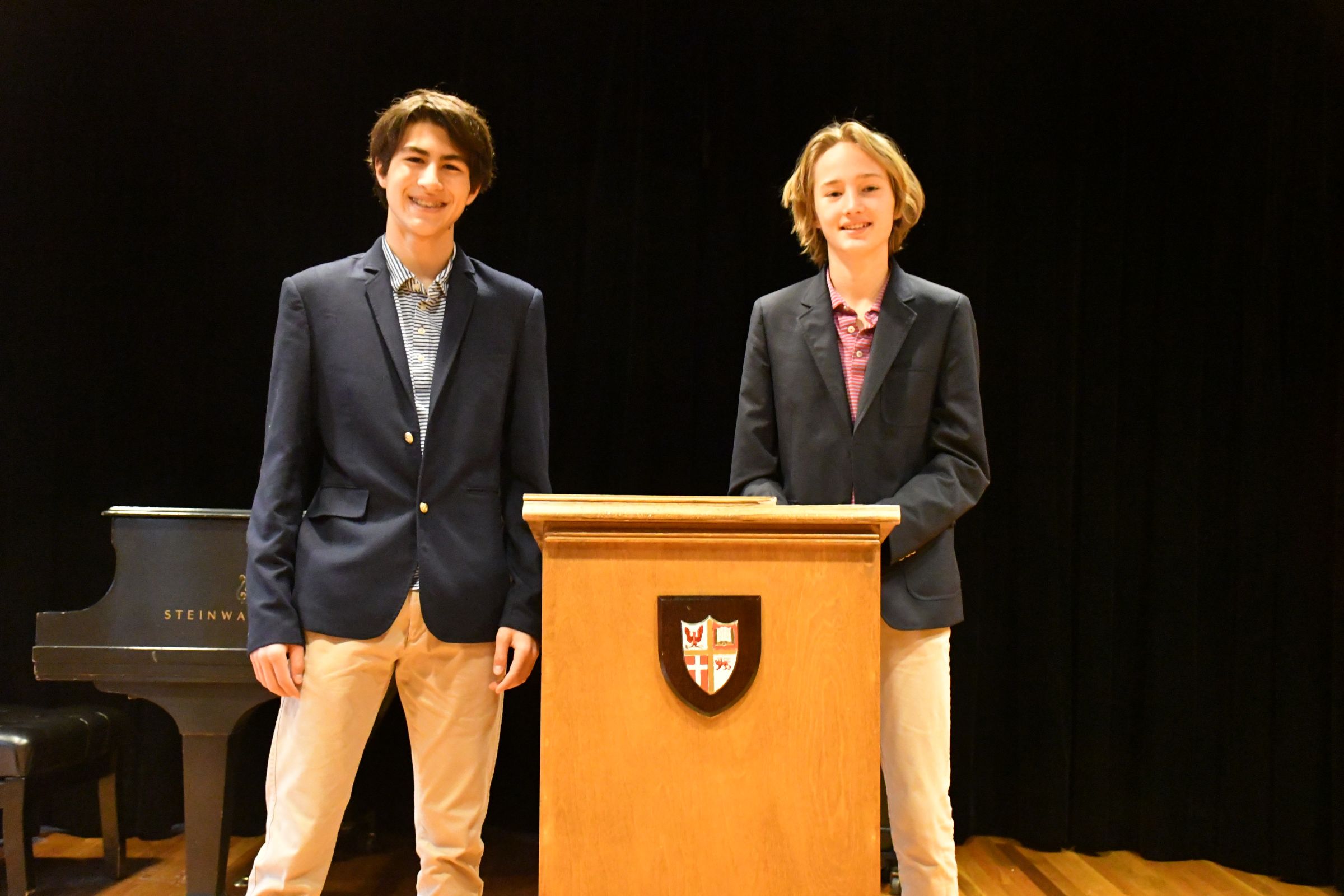