9/27/2021
We are pleased to introduce seven new faculty and staff members who have joined us this year.  We wish them a warm welcome to St. Bernard’s.
Jacalyn Blume
Archivist 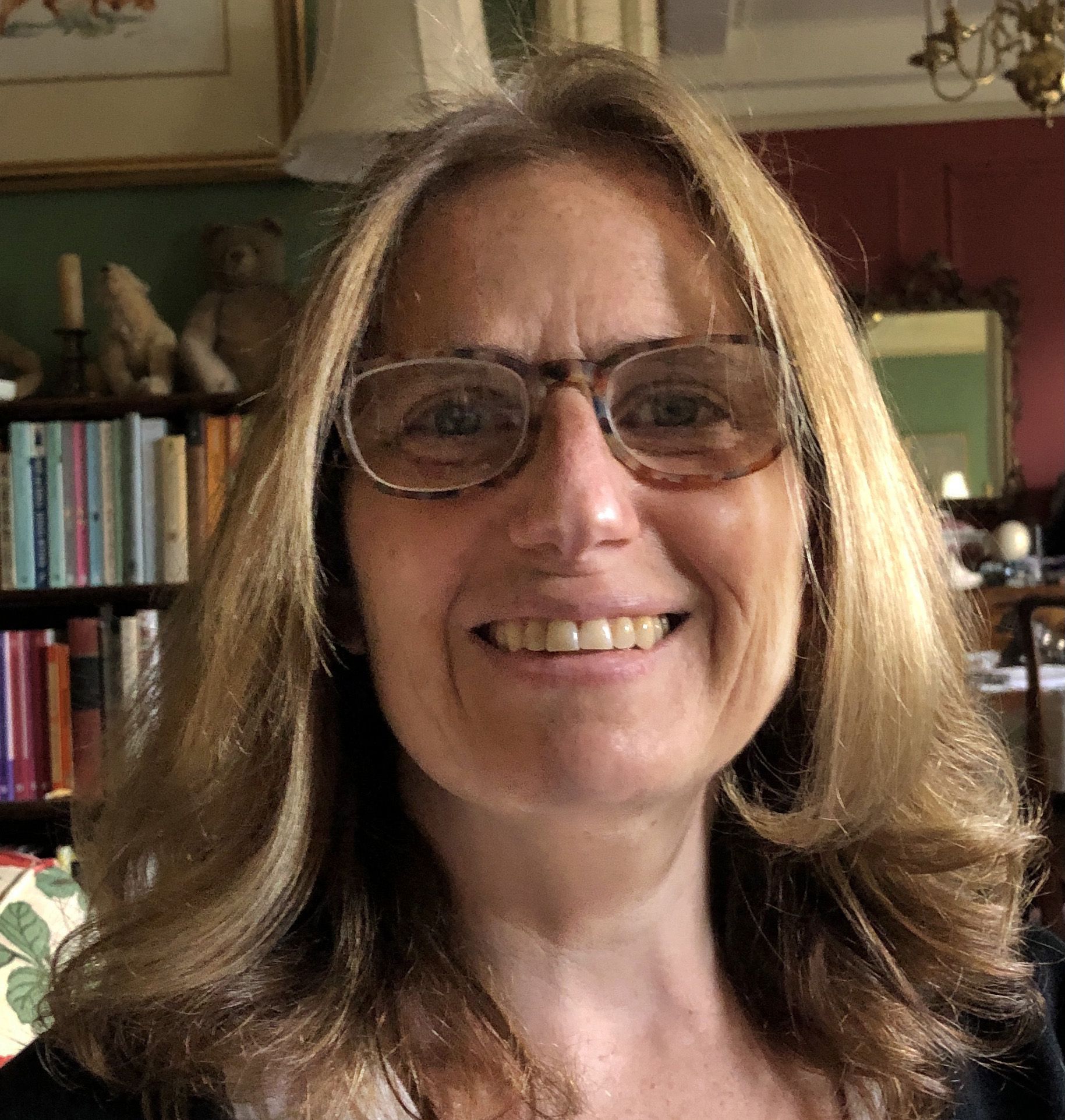 Jacalyn Blume grew up in Newton, Massachusetts.  She received a BA degree from Bennington College, where she studied art and history, and a masters in Library and Information Science with a concentration in Archival Studies from Simmons College.  Jacalyn worked for fourteen years at the Schlesinger Library on the History of Women in America at Harvard’s Radcliffe Institute, processing manuscript collections, answering reference questions, and running a project to catalog photographs in the library’s collections.  Additionally, she lived for two years in Florence, Italy, with her husband Andrew ’81, working at Harvard’s Center for Italian Renaissance Studies cataloging the papers of art historian Bernard Berenson.  After moving to New York in 2007, Jacalyn took a break from professional work, volunteering in the St. Bernard’s Archive while her son, William ’20, was a student.  She returned to work last year as Project Archivist at the Morgan Library and Museum, and is excited to return to St. Bernard’s as Archivist. Outside of work, Jacalyn enjoys reading, travel, art, and long walks in Central Park with her golden retriever, Charlie. 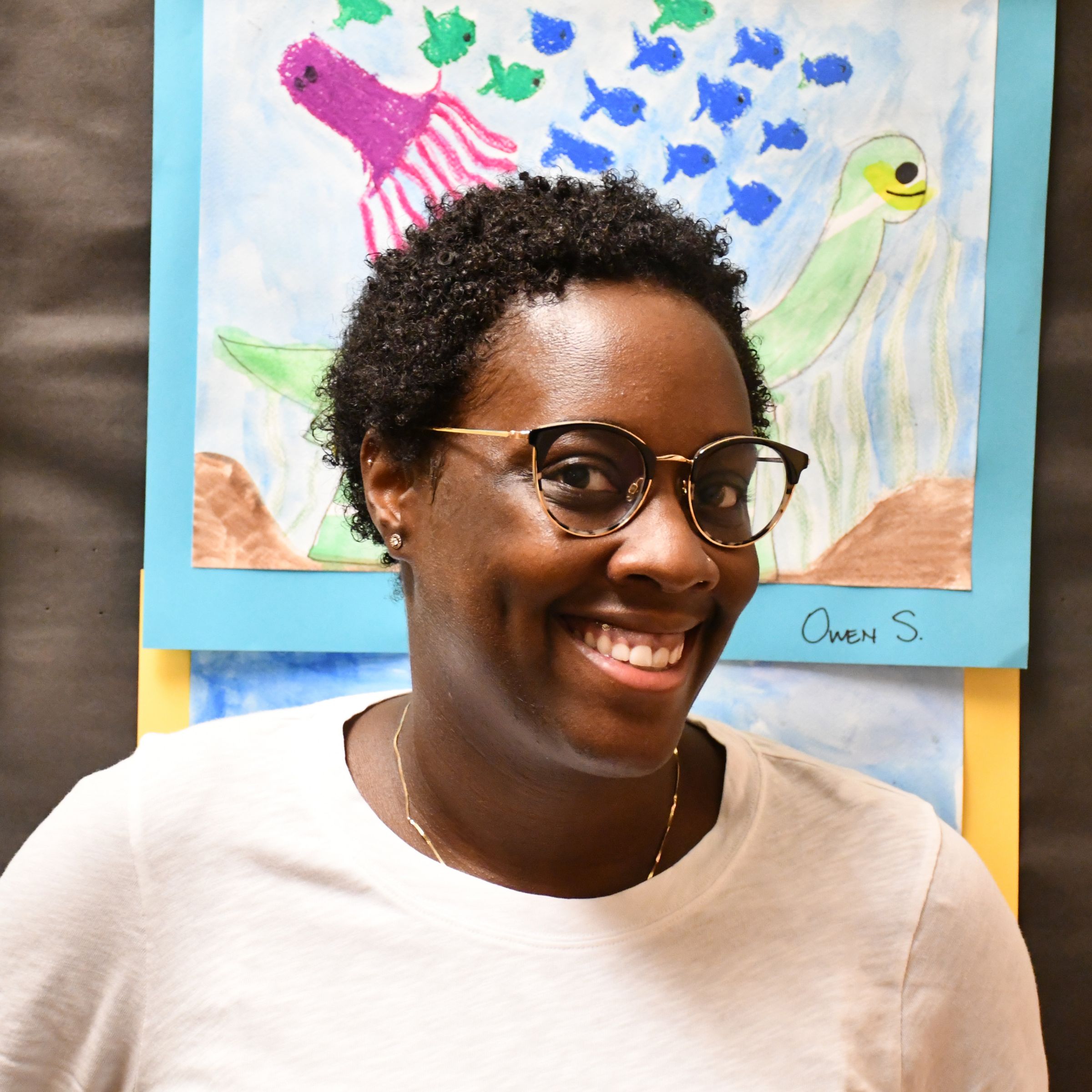 Yolanda Dublin was born and raised in Brooklyn, New York.  She earned her Bachelor of Science degree double majoring in psychology and sociology and minoring in English and Jewish Studies.  While completing her degree Ms. Dublin worked part time as a Human Resources clerk which is where she developed a love for Human Resources.  She completed her Masters of Science in Human Resources Management and Development at New York University.  Ms. Dublin’s love for education keeps her in the educational world and she is thrilled to be a part of the St. Bernard’s community.  Outside of work, she enjoys cooking and baking with her family. 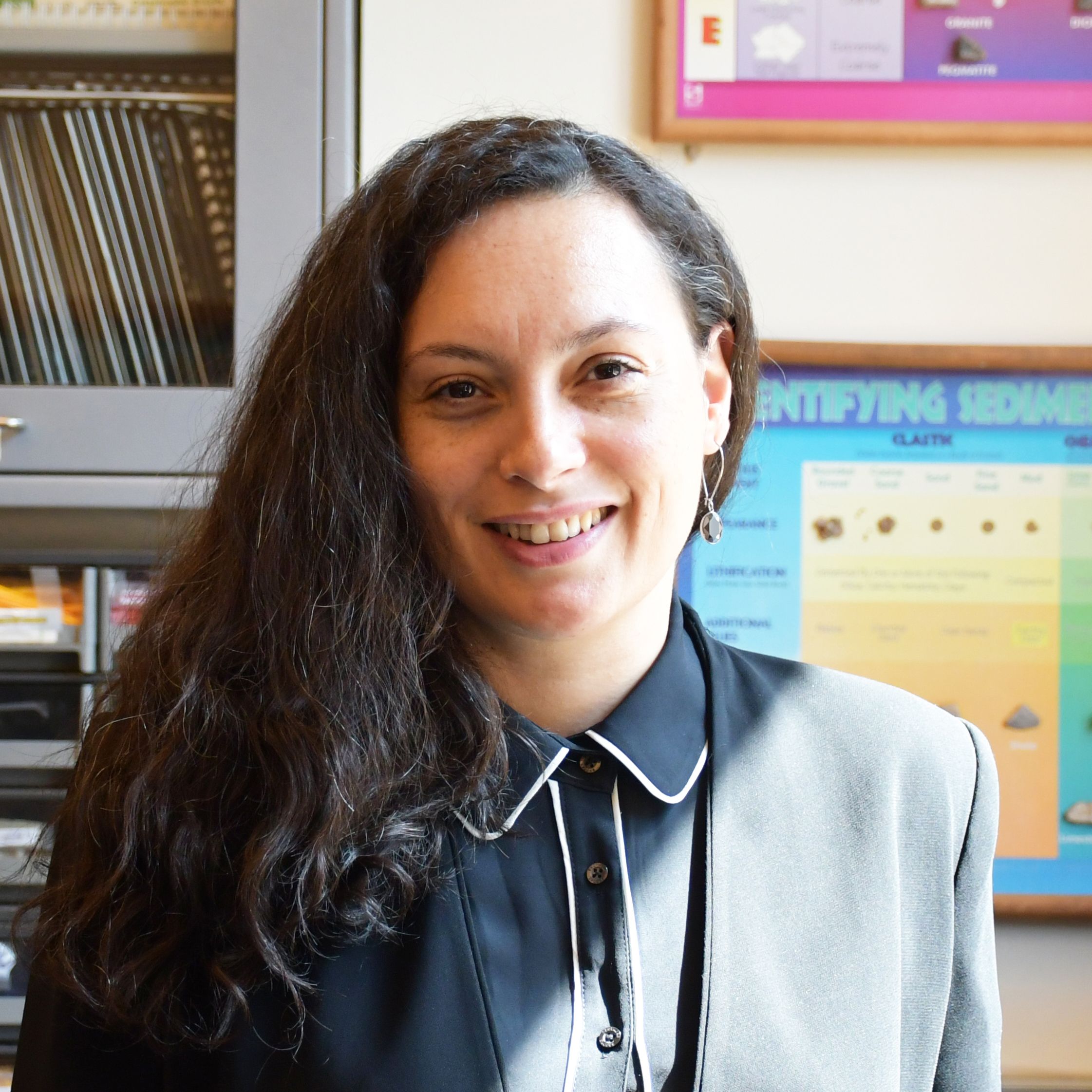 Aline Gjelaj was born in a small town near São Paulo, Brazil.  She moved to the United States when she was 19 years old.  Since then, she has lived in Miami and Boston.  After meeting her husband in Boston, she moved to New York City, where she decided to continue her education.  After learning English, Mrs. Gjelaj took science classes and started to study and chase tornadoes in the Midwest and Oklahoma Panhandle.
Mrs. Gjelaj received a bachelor's degree from Hunter College and earned her Masters of Arts in Teaching (MAT) degree, with a Specialization in Earth Science from The Richard Gilder Graduate School at the American Museum of Natural History.  Before joining St. Bernard's, Mrs. Gjelaj taught in various public schools in New York City, Long Island City, and Yonkers.

She loves teaching science and enjoys sharing this love with students.  As an educator, she is interested in exploring culturally responsive teaching which means understanding that students learn differently based on their cultural background and community.  Community is one of the many reasons she is thrilled to be a part of the St. Bernard's family. Samantha Goldberg is from Long Island.  She went to Syracuse University where she majored in Child and Family Studies.  At Hunter College graduate school, Ms. Goldberg received a certification and masters degree in Childhood Education and Special Education for grades 1-6.

This is Ms. Goldberg’s first year teaching second grade; she taught first grade for eight years.  She loves working with children and is thrilled to be at St. Bernard's in the second grade classroom this year.

Ms. Goldberg enjoys spending time with her friends and family, reading, hiking, tennis, and golf.  She also loves to travel, especially to warm places where she can relax and read on the beach. 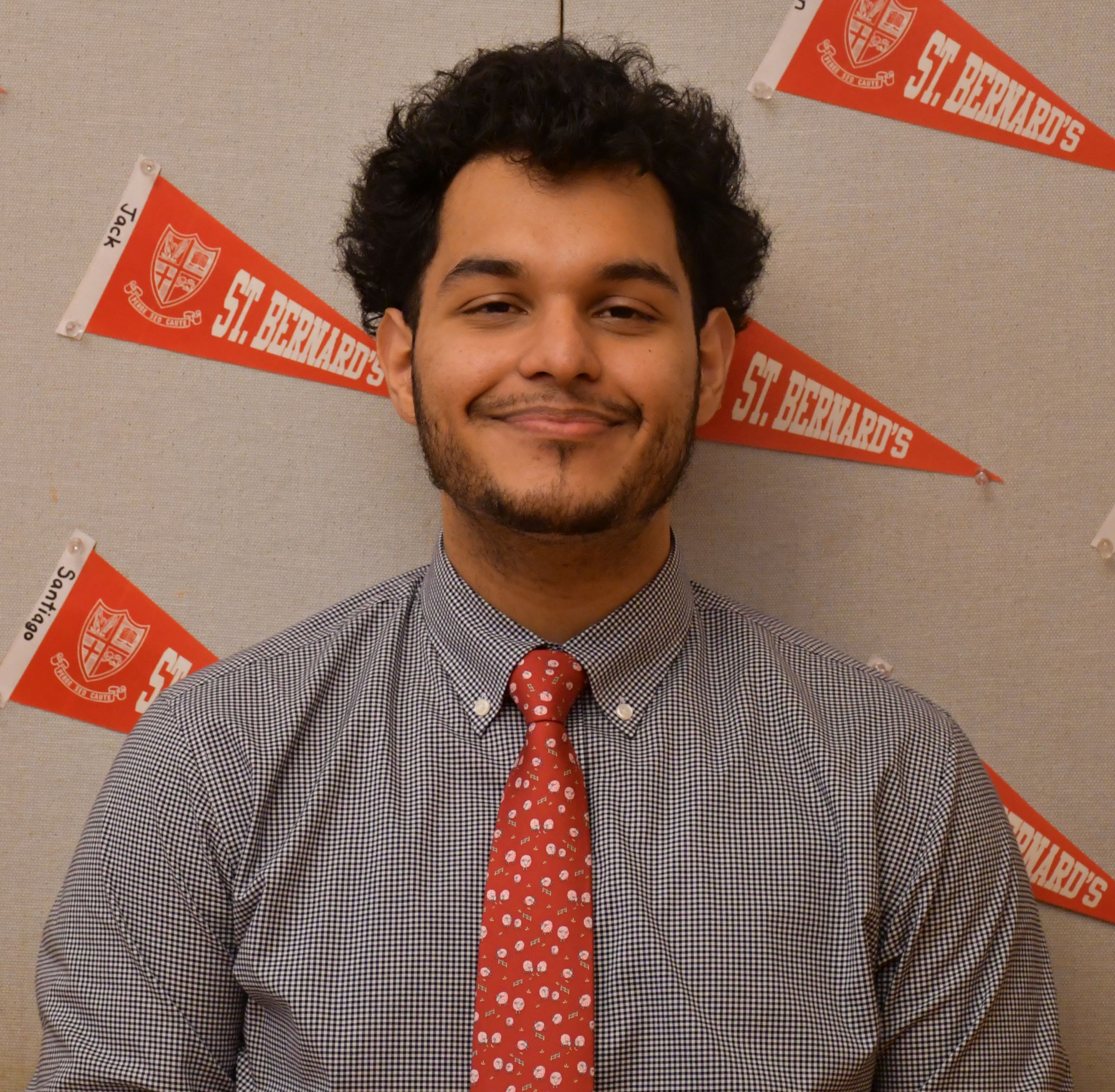 Sebastian Herrera is returning to his alma mater (class of 2013) this year as a schoolwide associate to help the faculty and staff around the building in several different departments.  He grew up in Queens, New York, and attended Williston Northampton School, a boarding school in Western Massachusetts after St. Bernard’s.  In the spring of 2021, he gained his bachelor’s degree in English literature with a minor in philosophy from Bucknell University.  While at Bucknell, he was the head manager of the women’s basketball program for three years.  Mr. Herrera spent several years in both high school and college working in the admissions offices of his schools.

Mr. Herrera will be helping out with technology, athletics, secondary school advising, and several other departments.  He hopes to bring his passions for basketball, reading, and technology to the school and is excited to work with the boys this year. 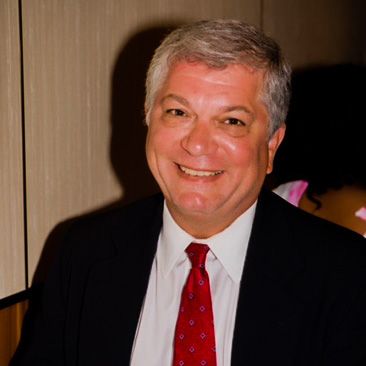 A graduate of Fordham University, Marc Puma has held several positions in sales and academic publishing over a 20-year career.

Mr. Puma joins us as a leave replacement for Madame Boyer-Robert's French classes in grades V, VI, and VIII.  His teaching experience includes French at the Buckley School, Paul Schreiber High School, and French and ESL at Lawrence Woodmere Academy. 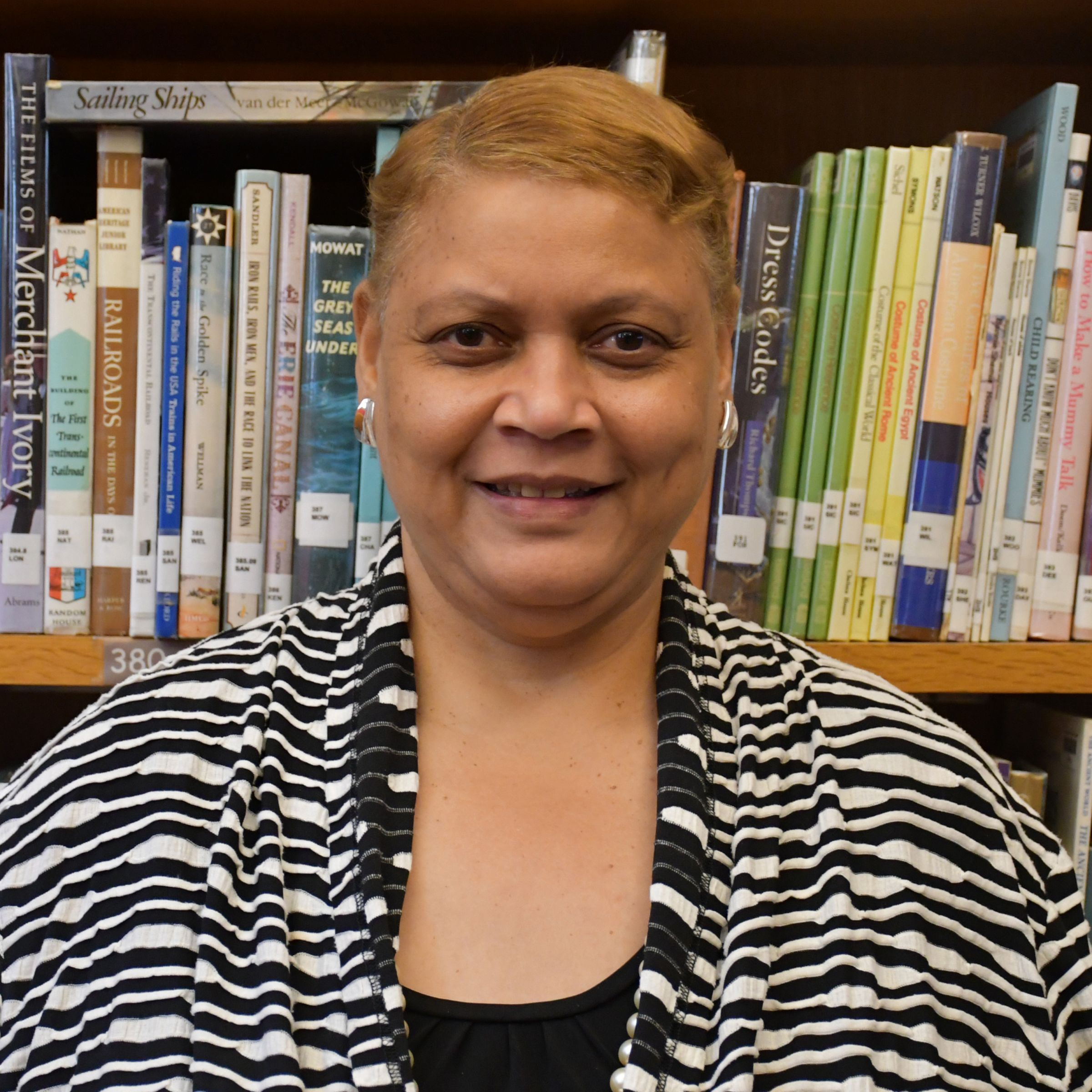 Australia Ramos joins our community as the school’s first Controller.  Ms. Ramos, a graduate of Baruch College, comes to us with over twenty-five years of experience in the fields of accounting and office management, sixteen of which were spent at the Hewitt School.  Most recently, Ms. Ramos served as the Controller for the Rudolf Steiner School of Manhattan.  Prior to her experience in the independent school community, Ms. Ramos spent nearly ten years as the controller for the Museum of the City of New York, where she gained a strong passion for the arts and became an art collector.
Back