5/6/2021
Robin Clements
The Curiosity Project was created this year for our 8th grade boys.  Mr. Clements describes the impetus for the new endeavor and how it turned out.
“Macbeth” (the movie) created all sorts of changes to the hundred-year-old traditions of Shakespeare at St. Bernard’s.  Gone were the Miller Theatre, backstage anxiety, a pizza dinner, and the month of December.  Gradually, the planners also realized that there would be no traditional rehearsals of the whole play; instead, boys rehearsed scene by scene, with no need for their classmates to look on.  In fact, the classmates were mostly at home, not only for rehearsals but for the shooting, since only the actors for the day’s scenes were needed.  As we contemplated this particular novelty, Mr. Bowcock, our Upper School Head, suggested that the non-participant actors use some of their suddenly spare time on a low-key project that would provide intellectual fun, something interdisciplinary.  Out of that germ grew the “Curiosity Project,” and many wonderful and original productions, like this, from an illustrated version of Coleridge’s “Kubla Khan.” 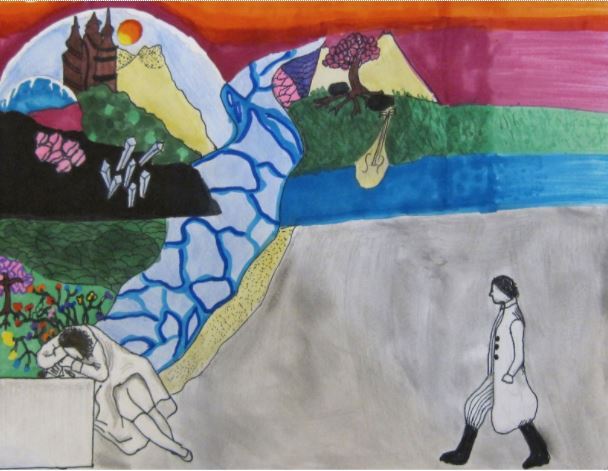 The idea was simple: a paper, a slide show,  a performance, a picture, or some other way of combining bits of what the boys had studied.  Kubla Khan obviously combined English and art.  All the faculty agreed to help a student or two and we came up with a fanciful list of 16 suggested topics just to get the ball rolling.  Some of the more off-beat (with the subjects they combine):
The boys had a week and a half to dream up, research, and create their own curious projects.  The range of topics was predictably broad and idiosyncratic.  One boy wrote about Chinese art of the Song Dynasty and also used an ink block and traditional brushes to copy a famous painting of Ma Yuan  (Art and history). 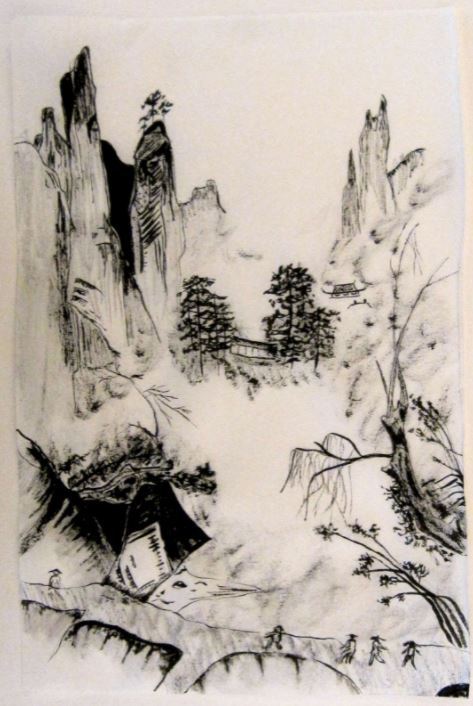 Another studied place names in Great Britain and their linguistic roots, reflecting centuries of conquest (Latin and history).  A third graphed the stress patterns in sonnets of Shakespeare and Shelley, looking for patterns  (Math and English).   A fourth wrote about Roman medicine (Science and history).  Another boy (combining Spanish and Chef Wells) mastered a recipe for the Tortilla Española and delivered both a slide show and a descriptive speech in Spanish.  Yet another did a graphic novel approach to the tale of the Trojan Horse from Virgil.

Generally, both the boys and their advisors enjoyed the capricious intellectualism of this week-long occupation, and the results were impressive.  We all hope that in some form it will live on next year. 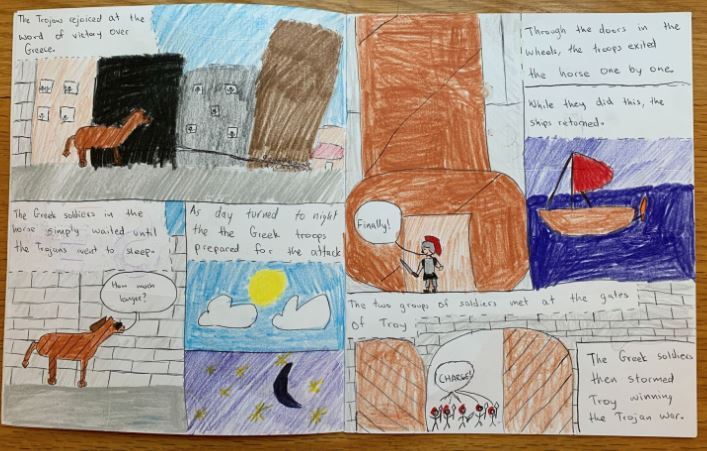